Mental Health Does Not Discriminate And Neither Do We

fter a really rough day, tonight was a great way to end my day. The softball team I coach had their last game tonight. Not only did we win the game and I believe were in first place for the season, but we won the season’s Sportsmanship Award for the league. I am so proud of my team, not only did they grow and become a great team, good players, confident girls, but also the nicest team in the season. YAY!

Being a role model is so much more than what people think. Children are so impressionable no matter what age. Not being a parent to a child and being a role model to them, is a crazy responsibility as well, yet nobody really sees that if they aren’t a parent. I am not a parent and would never tell a parent how to raise their children; however, I am a role model for them whether I realize it or not.

I have nieces, a nephew, and plenty of friends who have kids which lives I am a part of. Kids are sponges, we all know that, but as a non-parent we don’t realize how much we might mean to a child in our life that isn’t our own.

Being a coach for a softball team of young girls gave me the ability to be a role model of self confidence and teamwork to them. I think we did a great job with that since we did win the Award for Sportsmanship. That means a lot to me to know that I did something positive for young girls.

Girls have a rough time during this age in life and any confidence gained is worth more in life than they will realize until they are older. Let’s be honest, the world is not as nice to females as males. We are too thin or too fat, we get paid less, believed we can’t do certain things because we are women, and still are expected to cook, clean, and take care of the household. Honestly I think we are an amazing sex and stronger than what we are given credit for, and I am not even talking about the whole motherhood and birthing aspect of it all. I digress. 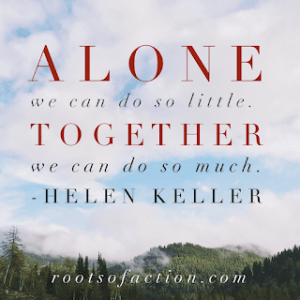 Anyway, after a rough day, going and doing something that you love and makes you feel good, is something we all need to have. I have been able to have that with coaching some of the most amazing young women this summer. I have not only helped them feel good about who they are and what they do, but they have really had a huge impact on me too. I am still impressionable as well. I think that is something that we never fully grow out of, which is a good thing. That means we can change and become someone different. Maybe that is the person that you have been struggling to be for years. Maybe that is someone that you never thought you could be.

But being true to yourself is the best gift you can give yourself. Don’t deny yourself something in life because you don’t think you can do it. Come on, give yourself the credit that you deserve. We are all strong and amazing individuals. Key word people, we are INDIVIDUALS! Which means we are all amazing at what we are called to do and who we are supposed to be. Having a mental illness doesn’t stop or inhibit this. I feel stronger knowing that I have an impact on others even with mental issues of my own. Be that person and be proud of who you are and who you want to be.

We All Matter And We Need To Talk About It